Gems Found In Our Pay

You may find these beautiful gems in our paydirt.

A wide variety of minerals occur in Virginia. These minerals form the basic building blocks of the rocks that shape the landscape. Minerals exhibit distinctive properties that makes each unique. In Virginia minerals are mined for industrial purposes, collected by enthusiasts, and used for scientific research to help us better understand the Earth. The list of minerals below highlights a few of the most common or popular minerals that are found in Virginia. 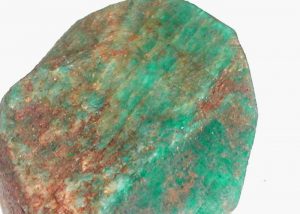 KAlSi3O8
A variety of microcline feldspar that typically forms in coarse-grained igneous rocks called pegmatites. The presence of lead results in a greenish or blue-green color. Amazonite is occasionally used as a gemstone. This mineral is mined in Virginia near the town of Amelia. 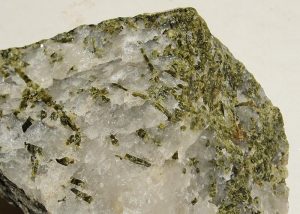 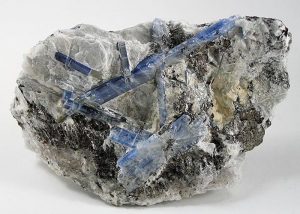 Al2SiO5
Forming aggregates of long and thin bladed crystals, this pale blue mineral is commonly found in metamorphic rocks such as gneiss or schist. Kyanite is actively mined in Virginia in Buckingham County. Click here for more information. Photo courtesy of Rob Lavinsky. 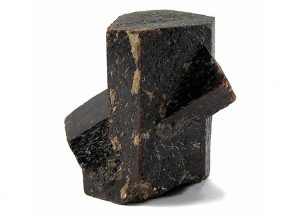 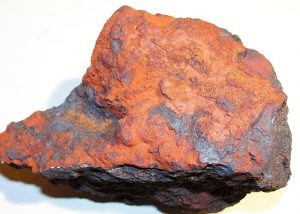 Fe2O3
An iron oxide mineral, hematite is commonly metallic gray, brown, or reddish in color. It is an ore of iron and can form naturally in sedimentary, igneous, or metamorphic rocks. Hematite is a primary constituent in what is perhaps the most famous rock in the world – the Banded Iron Formation which formed as Earth’s atmosphere first became oxygenated 2.2 billion years ago. Although the Banded Iron Formation is not found in Virginia, hematite has historically been mined in the Valley and Ridge Province. 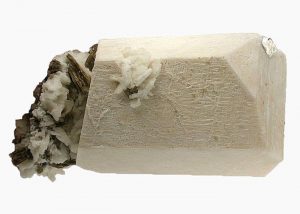 (Na,K)AlSi3O8
Feldspar is an extremely common mineral. It can be found in many varieties of rock, especially metamorphic or igneous rock types. Feldspar is usually milky white, but can have color due to impurities in the crystal structure. Feldspar is currently mined in central Virginia and is very common in the Piedmont and Blue Ridge Provinces. Photo courtesy of Rob Lavinsky. 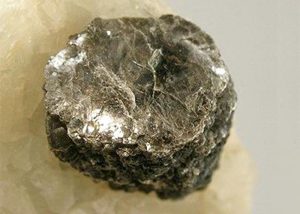 KAl3Si3O10(OH)2 or
K(Mg,Fe)3AlSi3O10(OH)2
This distinctive mineral is easy to identify by its platy appearance. Commonly seen as shiny flecks in sedimentary, igneous, or metamorphic rocks, mica easily flakes off into thin crystal plates. Two common varieties of mica are muscovite (typically pale in color) and biotite (darker brown to black). Mica is commonly found in the Piedmont and Blue Ridge Provinces of Virginia. Photo courtesy of Rob Lavinsky. 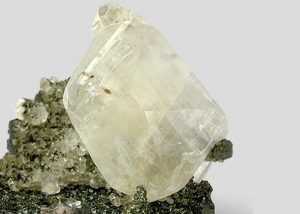 CaCo3
As a very common mineral, calcite can be seen in many different rocks including limestone, dolomite, and marble. Although calcite is commonly white, it can appear in various colors due to chemical impurities. Calcite can be distinguished from other similar looking minerals (such as quartz and feldspar) by its effervescent reaction with weak hydrochloric acid. Calcite can be found throughout Virginia. Photo courtesy of Rob Lavinsky. 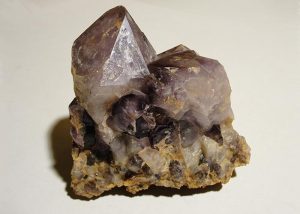 SiO2
One of the most common minerals in the world, quartz can be found in sedimentary, metamorphic, and igneous rocks throughout Virginia. Quartz typically appears as clear or whitish crystals within a rock such as granite. Amethyst, agate, chalcedony, chert (flint), and opal are all varieties of quartz. Click here for more information on quartz veins in Virginia. Click here for more information on blue quartz in Virginia. 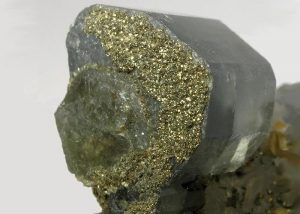 FeS2
Often mistaken for gold, pyrite is easily recognizable by its metallic luster and brass-yellow color. Pyrite forms into cubic crystals or as a mass of shapeless grains within sedimentary nodules, coal seams, or other rock veins. It is commonly associated with gold and found in the Gold-Pyrite belt of Virginia. Photograph courtesy of Rob Lavinsky. 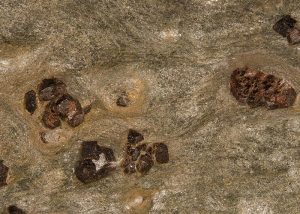 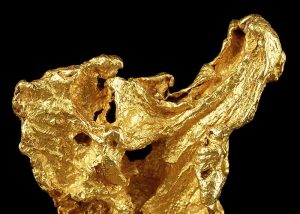 Au
Probably the most popular mineral in Virginia is gold. Gold occurs in small amounts throughout a large portion of the Piedmont and Blue Ridge Provinces. Click here for more information about gold.

"This place was great! David, the owner, was very nice and very knowledgeable about gemstones and gold.... Found many large stones. My son had a blast!"

"Wow! What a great place!!! Stopped by yesterday on the way home to Texas, my daughter and I had a lot fun searching for minerals."

"We brought our children here at opening time on a Friday. The kids loved it and my daughter wanted to go back again the next day.

The owner talked to my kids about the gems they found and helped them identify the ones that they loved.

The outside atmosphere is very family-friendly. I would definitely recommend!"